Affordability Ratios
Some new data has been shared by Openpropertygroup.com, to help break down the most affordable regions and counties to buy a new-build. This was done by calculating affordability ratios, where prices of new-build homes in a given area were compared with average workplace earnings. By dividing the price of a new property within a local authority area, with the average earnings there, a number is returned which serves as a ratio to determine relative affordability. The higher the number returned, the least affordable the area is.

Results by region
On a broader scale, the affordability ratio by region puts the North West as the most affordable region to buy a new-build home, with a ratio of 7.78. At the other end of the scale, and probably not too much of a surprise, London came in as the least affordable region. In fact, all the most affordable regions were those most northern ones, with the North East scoring 7.95. The Yorkshire and Humber region came after that with an affordability ratio result of 8.35.
What’s clear to see from the pattern regionally, is while there is still a North-South divide, the gap looks to be closing. Take for example, the South West and East of England, which had a score of 10.16 and 10.79 respectively. They are not all that far behind.

New build developments in the most affordable counties
If you feel inspired by the affordability figures, then you can do a quick search by county using our comprehensive search tool, to find the latest new-build home developments in that area.
Here’s a quick overview of what you can find… 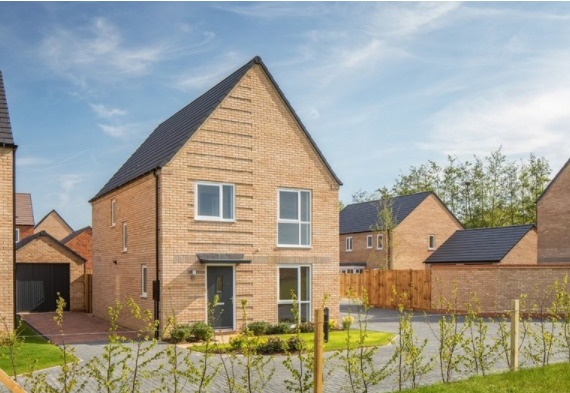 Cambridgeshire topped the charts as the most affordable place to buy a new-build home. The Northstowe development which is only a few miles outside of the city centre, is one of the most popular new home developments in the county.
Shown here is a three-bedroom detached house over three floors, from David Wilson Homes. The modern property offering lots of light, and flexible living, will not disappoint. It comes with a garage and space for private parking too.
Northstowe itself is a new town with a primary and secondary school, it is surrounded by acres of green space, a water park, and is right next to the guided busway for access to Cambridge city centre, or for safe cycling. See more homes From David Wilson Homes on the Northstowe development here. 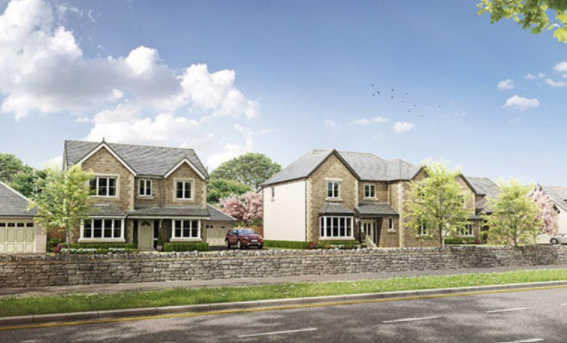 The ‘Gateway to the Lakes’ is what Kendal is often referred to, and Kendal itself is a beautiful area blending town and countryside. With Cumbria coming in as the second most affordable area to buy a new-build home, these fantastic traditionally built homes from Jones Homes should not be missed. The homes at Stonecross Meadows are built using locally sourced Cumbrian stone and boast modern living on the inside, with the very best in specification.
Shown here is a four-bedroom detached family home which comes with a garage, a separate utility room, and four good-sized bedrooms. There are lots of great features to be had when it comes the inside, so it’s worth checking the details of these homes which you’ll find in a very enviable location.
You can browse more homes in the Stonecross Meadows development form Jones Homes here. 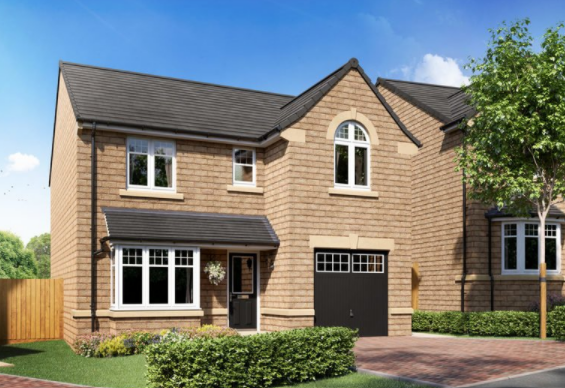 Derbyshire came in third on the list of the most affordable counties to buy a new-build home. The Foresters View development, from Harron Homes, is located in the village of Crich, right in the heart of the rolling Derbyshire countryside. In fact, you’ll find it in the Amber Valley district, which is literally right next door to Matlock.
The homes on this development can only be described as luxurious, being design to a very high standard. Seen here is an example of a four-bedroom detached family home which features a separate utility room to the downstairs offering access to the integral garage, a fabulous master bedroom with an en-suite, and an impressive kitchen.
To see the homes on the Foresters View development, click here.

Wherever you are looking to buy a new-build home, we make it easier for you to find the home of your dreams. Type in the area where you hope to buy, and we will deliver a list of the latest new home on new-build development nearby. We work with housebuilders large and small, to bring you the best choice of new homes. Start your search here