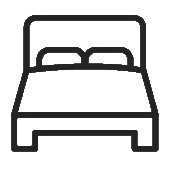 With excellent transport links to the A6 and only 8 miles from Leicester city centre, Centurion Place is located in the popular village of Kibworth, within catchment of the Kibworth School and Kibworth C of E Primary School. The four bedroom detached Foxley offers ample space for family life and boasts an impressive 27ft family kitchen with breakfast area and double doors out to the garden. There is also a separate dining room for more formal occasions, as well as a utility room, study, downstairs w/c and lounge. Upstairs there are four double bedrooms, two of which are en-suite, plus a family bathroom with separate shower cubicle. With a range of exclusive offers to help you get moving, you could be living in your dream new home sooner than you think with selected plots available now.

The community of Kibworth is made up of two adjacent villages, Kibworth Harcourt and the larger Kibworth Beauchamp, which merge seamlessly with one another. The strong sense of local identity is reflected in a free monthly local newspaper, the Kibworth and District Chronicle, and the village was a central theme of the 2010 TV documentary Michael Wood’s Story of England, which looked at the history of the nation by focusing on the story of the village.

Located on the eastern edge of Kibworth Beauchamp, the development is 20 minutes drive from Leicester. Corby, Northampton and Coventry are all within easy reach. Buses between Leicester and Market Harborough pass through the village approximately every half hour.

Shops in the villages are mostly set around Kibworth Beauchamp High Street. They include a large Co-op food store, a garden centre, convenience and hardware shops, a post office, offlicence, newsagents, an award-winning bookshop, pharmacy, hairdressers and other services. There is also a choice of traditional pubs, restaurants, cafés and hot food takeaways. A large recycling facility for household packaging can be found around half a mile east of the village.